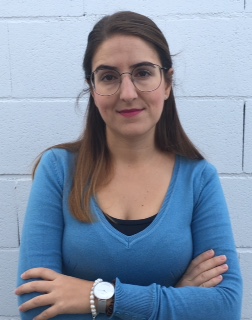 As we read of the furore regarding Judge Brett Kavanaugh over in Washington and his alleged behaviour towards women, the broad picture remains and once again spikes: women are treated to a different standard. In Spain, relieved, we see that we live in ‘the fifth country in the world where women feel the safest’ (behind Iceland, Norway, Switzerland and Slovenia), but even so, we have had 58 women killed by their companions so far this year in Spain. The #MeToo movement, the heart of the new feminist wave that focuses on sexual violence, has called for a general strike across Spain for the International Women’s Day on March 8th 2019 (following their successful protest last year).

Stung in some way by the hostility of the mainstream media against the government (President Sánchez is known in some circles as the ‘okupa’, the ‘Squatter in the Moncloa’, following his successful vote of confidence despite only having 84 deputies in the 350-strong Parliament), we read of further socialist moves (see here) towards censorship.

Democracy is a strange animal. People, sometimes hopelessly ill-informed, are asked to vote every now and again (but not too often). They could easily vote on every initiative with the power of the Internet, but that would clearly not work. For one thing, Capital Punishment would be back on the books in record time! So, the powers that be, in their wisdom, are careful to limit the slightly unpredictable act of voting, and putting at risk the jobs, livelihood and power of a deserving set of public servants (or ‘fatheads’, you choose). To do this, there is manipulation, fake news, ‘Russian’ bots, lies, distractions, calls to patriotism, racism and, in many cases, the withdrawal of the public’s most basic right – to participate.

While we shudder quietly over the story in The Mirror of the elderly British tourist who found ‘too many Spaniards’ on her Benidorm holiday (here) – the Spanish version found in 20 Minutos is not so kind – and the report in The Sun which says that sneaky Spanish inspectors are ‘counting the towels’ draped on the terraces to find the illegal apartment rentals, and the ‘go ahead and jump’ advice to those tourists in Barcelona with a balcony (here in Público and here in The Daily Mail), we can begin – those of us who don’t own souvenir shops or flag-waving bars – to consider that it’s now the second-half of August: not long left before this splendid and beautiful country settles down to the quieter season, when we residents will once again be able to appreciate our surroundings – and wonder why we are never mentioned or considered in the tourist-hungry literature of the Spanish resorts despite our wealth, support and evident enthusiasm for this, our chosen country of residence.

All these immigrants washing ashore, hiding in the glove-box over on the ferry or climbing over the high (yet oddly un-electrified) fence into Spain’s North African city-states. They are hungry in the Sub-Sahara and they are looking for a better life. Many of them will end up with jobs that no European will do – from working for a pittance in the plastic farms of Almería to importuning irritated tourists on the beach who already have a pair of sun glasses, thank you.

We were going to run an editorial on the wretched taxi-drivers and their inconvenient strike – based on the ‘unfair competition’ provided by cheaper services like Cabify and Uber. But, Spain is so much better than this. Here’s The Economist making precisely this point in a special report published last week called ‘Can Spain become a normal European country?’ The introduction ends with ‘...The consensus underlying the 1978 constitution was that Spain should become a normal European country. It was a rejection of the idea that “Spain is different”, in the words of a Franco-era tourist poster.

Spain has been involved in the past couple of years with a serious examination on how it treats its women. The subject is very important, and rape, physical harm or threat, unequal pay, different rules and habits should not be considered acceptable in a civilised nation. The new government is closer to society’s demands on the treatment of women in Spain and much is being made, for example, of the ‘manada’ creatures who raped a young woman two years ago in the San Fermín fiestas in Pamplona. A few later cases have also talked of manadas, predatory ‘herds’, involved here and there in group rape (regardless of what word the judges might prefer). Sex should be understood within the bounds of ‘no means no’, but to extend this – as now proposed by the vice-president Carmen Calvo – to ‘yes means yes’ is a trifle silly. We must stay within the realms of common sense.

It must be hard being Royalty in Spain. A dynasty returned to the front line by Francisco Franco himself. If Juan Carlos I was popular at the onset, and more so following his defence of democracy following the attempted coup of Antonio Tejero (who is still going strong by the way) and others back in 1981 (Wiki), then his later exploits have seriously dimmed that zeal among his erstwhile subjects. While much could be said for his good points, the business with the elephants in Botswana, the girlfriend on the side in the Mallorca palace and now, the apparent revelations of his commissions and business dealings have put his popularity at an all time low. No wonder, we might think, that he abdicated when he did. Indeed, the future of the Bourbons is now held by Felipe VI, who, to give him his due, has proved to be an able and blameless Monarch.

Music of the Loom

Music of the Loom

Weaving has a long connection to music, particularly in Ireland. We talked to Tommy Sands - singer, songwriter, broadcaster, and member of touring group The Sands Family - about how the rhythm of the loom is deeply engrained into folk music.

We are defended from the threat of ‘invasive species’ by laws, the Ministry of the Environment and the sterling is sometimes arbitrary work of the ecologists. Without them, Spain would be full of peculiar animals, fish, birds and plant-life.

As we know, it pretty much is anyway.

Being on the mailing list of most newspapers and a number of political organisations, Business over Tapas recently received a notice from la Asociación de Municipios en Defensa del Desarrollo Sostenible y contra la Despoblación about the dying villages of Almería.

Editorial: While everybody won / everybody lost in the Catalonian elections...